A few months ago, Aftermath debuted a new contest, designed to promote and support all three of the company’s primary pillars: education, safety, and community. The annual contest, called the Aftermath Collegiate Scholarship, would award two students $1000 toward their education. In addition to meeting basic criteria, participants were asked to write an essay explaining […]

Aftermath has been performing crime scene cleanup, trauma cleaning, and suicide cleanup services for almost 20 years. The company was founded in 1996 when two lifelong friends came to the aid of a neighbor whose family had just experienced a difficult and personal tragedy. Since that time, we have dedicated ourselves to providing all customers […]

With offices all over the US, it can be tough for a nationwide company like Aftermath Services to come together and feel like one big community. However, last Thursday (May 21st) Aftermath joined thousands of other companies and individuals across the nation to raise awareness for Red Nose Day US, an event which contributes aid […]

At Aftermath, we are dedicated to providing active leadership and support to the families and communities we serve. Our commitment goes far beyond trauma cleaning; we believe in fostering the caring spirit while helping those in crisis. From charitable donations to local sponsorships, scholarships, and volunteering, Aftermath’s philosophy is centered on supporting three pillars: education, […]

What is a Crime Victim Advocate?

Through our daily experience with families of violent crime victims, Aftermath Services crime scene clean up sees first hand the need for support during  these unfortunate circumstances. There are a number of resources available to help families cope with this difficult time. A crime victim advocate is specially trained to provide an individual with knowledge […] 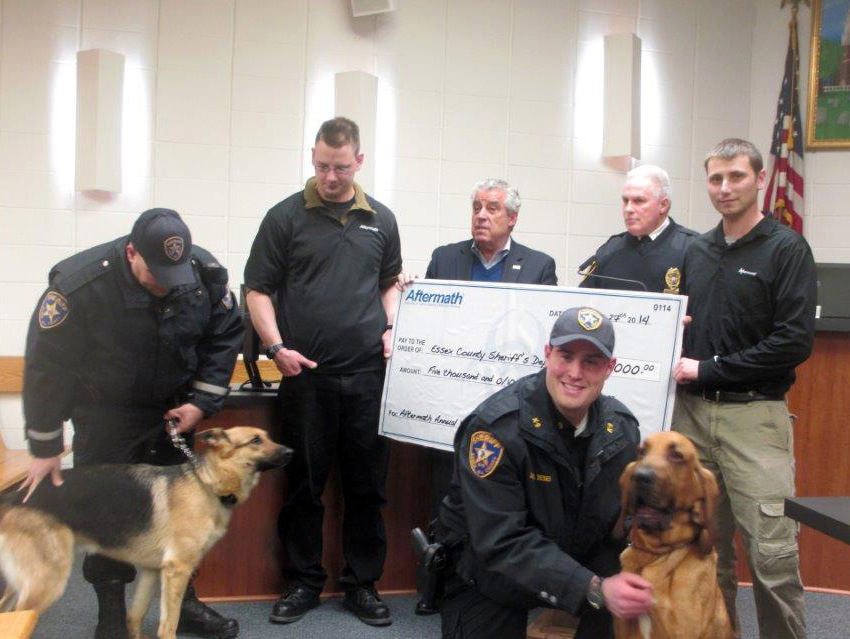 Sniffing out crime is no easy task, but thanks to the grant presented by Illinois-based Aftermath Inc. to the Essex County Sheriff’s Department, the greater New Jersey area will soon benefit from the addition of another K-9 unit. On January 27, 2014 Essex County representatives were presented a $5,000 check from Aftermath, an Illinois-based crime scene […]

Illinois crime scene cleanup company Aftermath has assisted hundreds of families in the greater Chicago area after tragedy strikes. Aftermath understands how families can be overwhelmed by the aftereffects of a loss, and our hearts go out to those who are suffering. It is our job to help lift one burden from the minds of […]