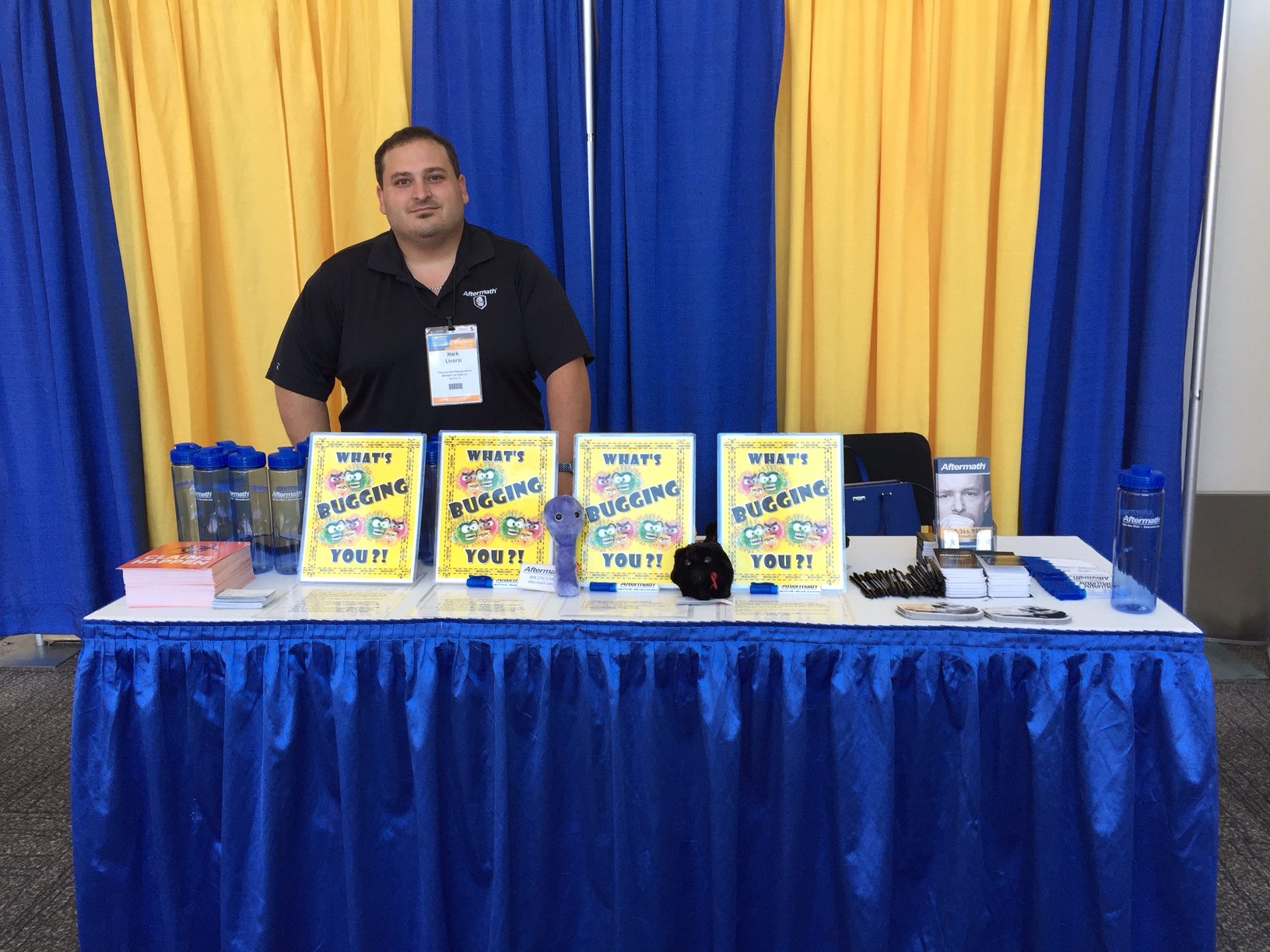 Last week, Aftermath Services Client Services Representative Mark Livorsi attended the PLRB Western Regional Adjusters Conference in Sacramento, CA. The event was hosted by PLRB, the Property and Liability Resource Bureau. According the Bureau’s website, the organization’s purpose is to promote ongoing education for insurance adjusters and others in the insurance industry. They also offer […]

Last week, Aftermath attended the Washington Coroners and Medical Examiners Conference in Walla Walla, Washington. Although the acronym, WACME, is as funny sounding as the town it was hosted in, Aftermath Services has proudly supported the Conference for three years running. Returning to Washington for a second time this month were Stephen Brown, National Director […] 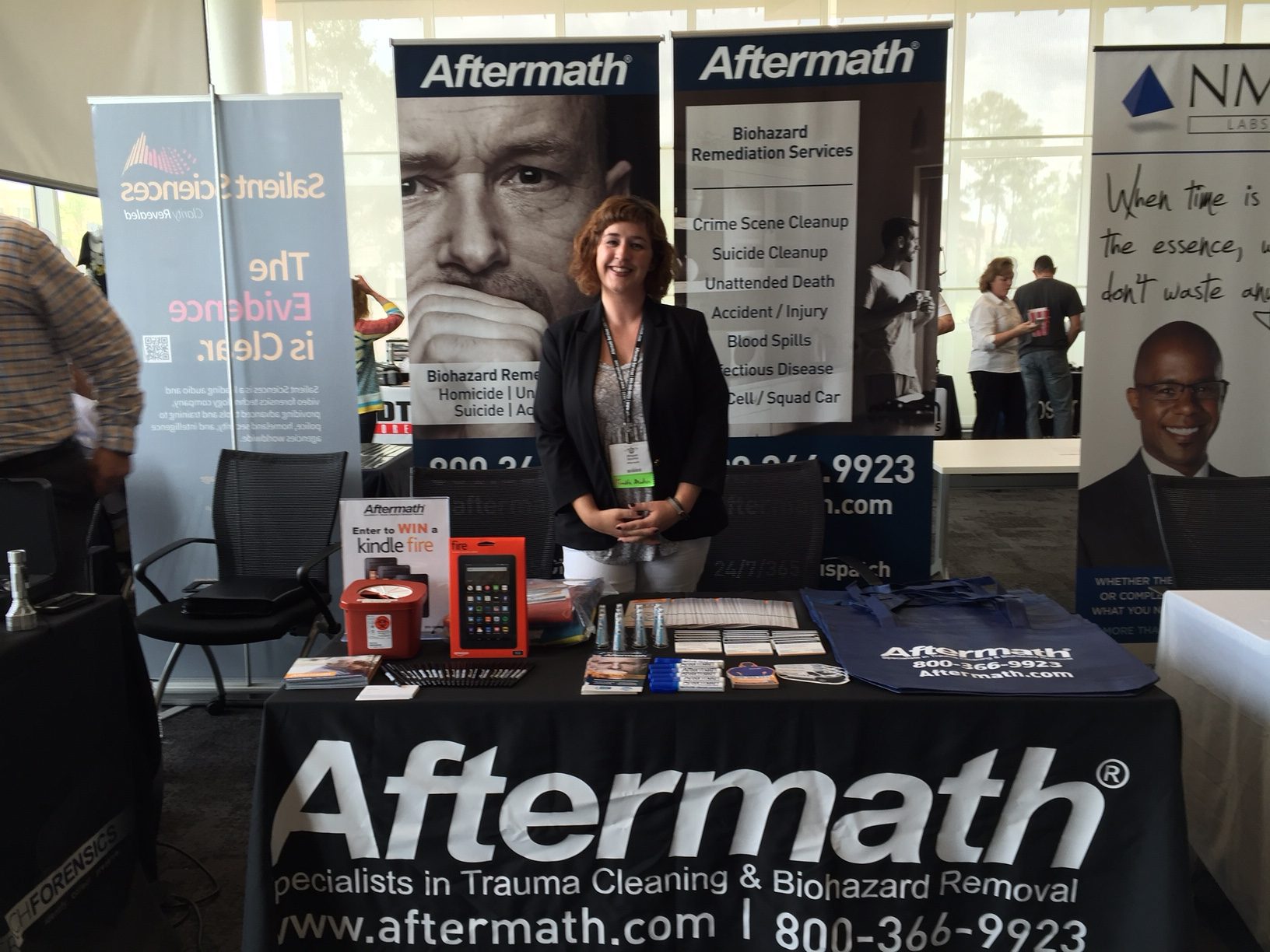 Last week, the North Carolina chapter of the International Association for Identification (NCIAI) had their 2016 annual conference at NC State University in Raleigh, NC. This was Aftermath’s first year at the event, but it wasn’t a first for North Carolina Supervisor, Megan Squires. Squires, a former Crime Scene Technician with the High Point Police […]

Last week, Aftermath had the honor of attending the Washington Homicide Investigators Association Conference (WHIA) conference, held at the Clear Water Resort in Suquamish, WA. The purpose of the conference is to help investigators keep up with current trends in the industry and improve their training and education. This was the first time Aftermath decided […] 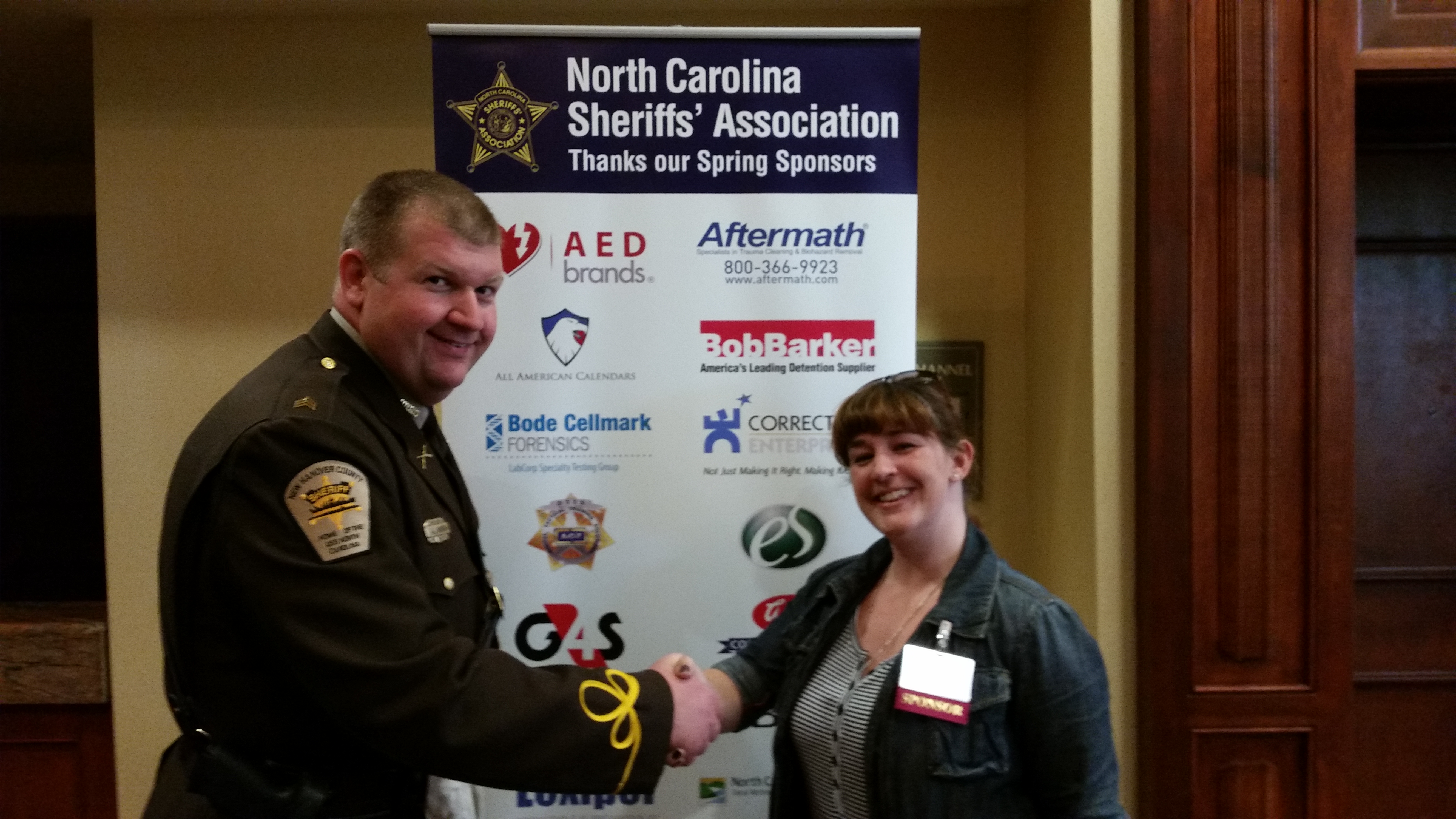 Last week, Aftermath made its first ever visit to the North Carolina Sheriff’s Association (NCSA) Spring Meeting The event was held at the Holiday Inn in Wrightsville Beach, NC, where North Carolina Supervisor, Megan Squires was on hand to supply pamphlets, tear-off card packs, and other materials. Though Aftermath did not have a vendor’s booth, […]

Aftermath Attends the Chiefs of Police Events in Illinois and Minnesota 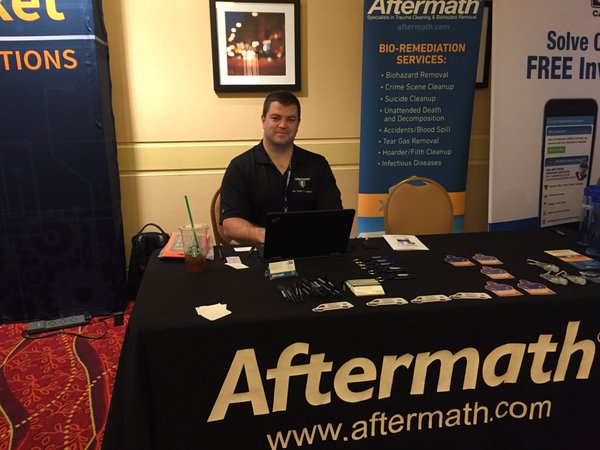 Last week, Aftermath attended several conferences hosted by Chiefs of Police Associations. These professional organizations serve as an important resource to members, who occupy important leadership roles within their local police department. Both events were attended by Tony Cusinato, Senior Manager of Law Enforcement Relations. He is responsible for law enforcement outreach to the Great […] 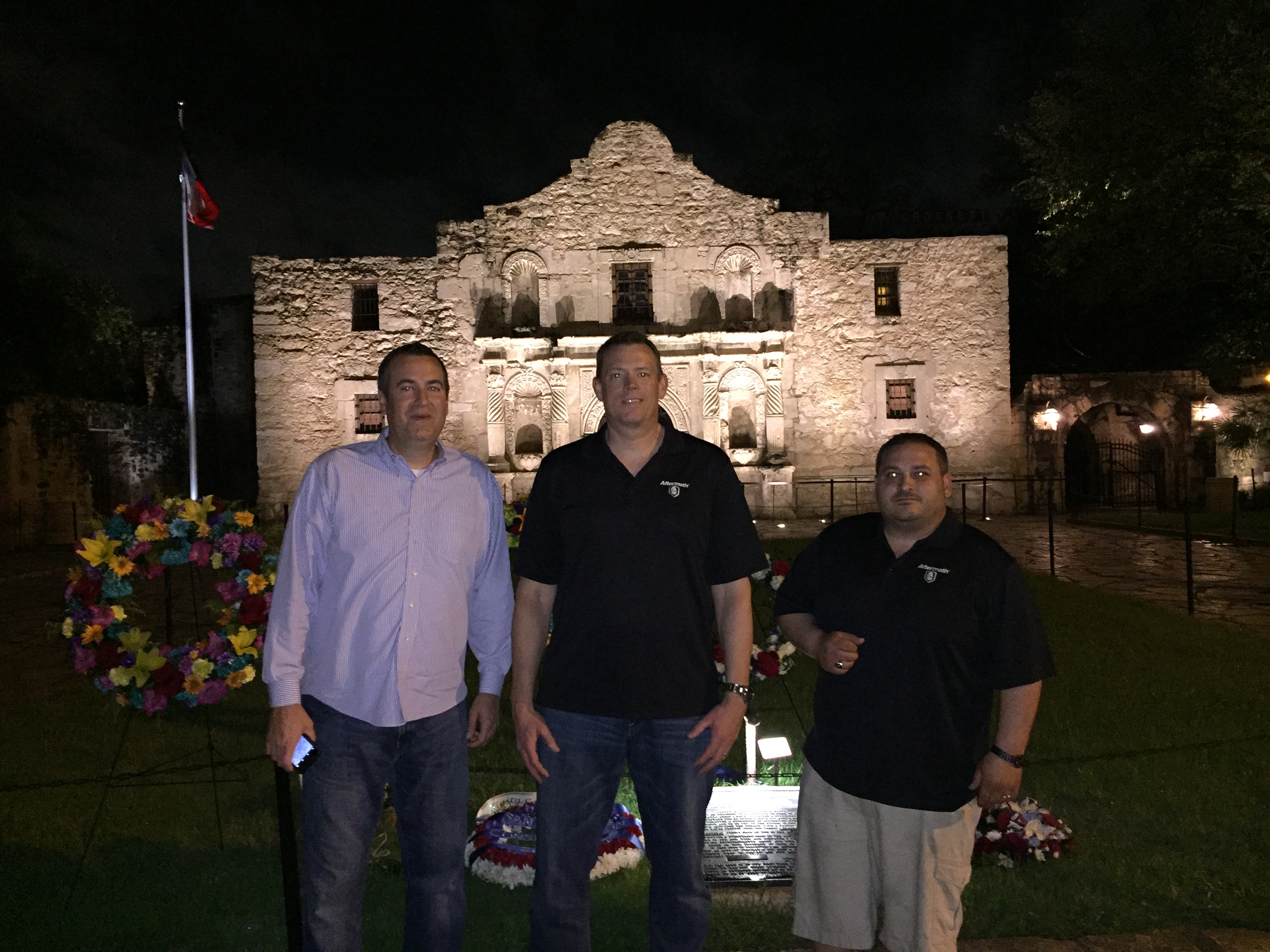 Last week, Aftermath attended the 2016 PLRB Claims Conference in San Antonio, TX. According to the organization’s website, PLRB is concerned with productivity and efficiency in the insurance industry. Goals include the dissemination of information on property and liability issues within the industry, and promoting “education and new and beneficial developments within the property and […] 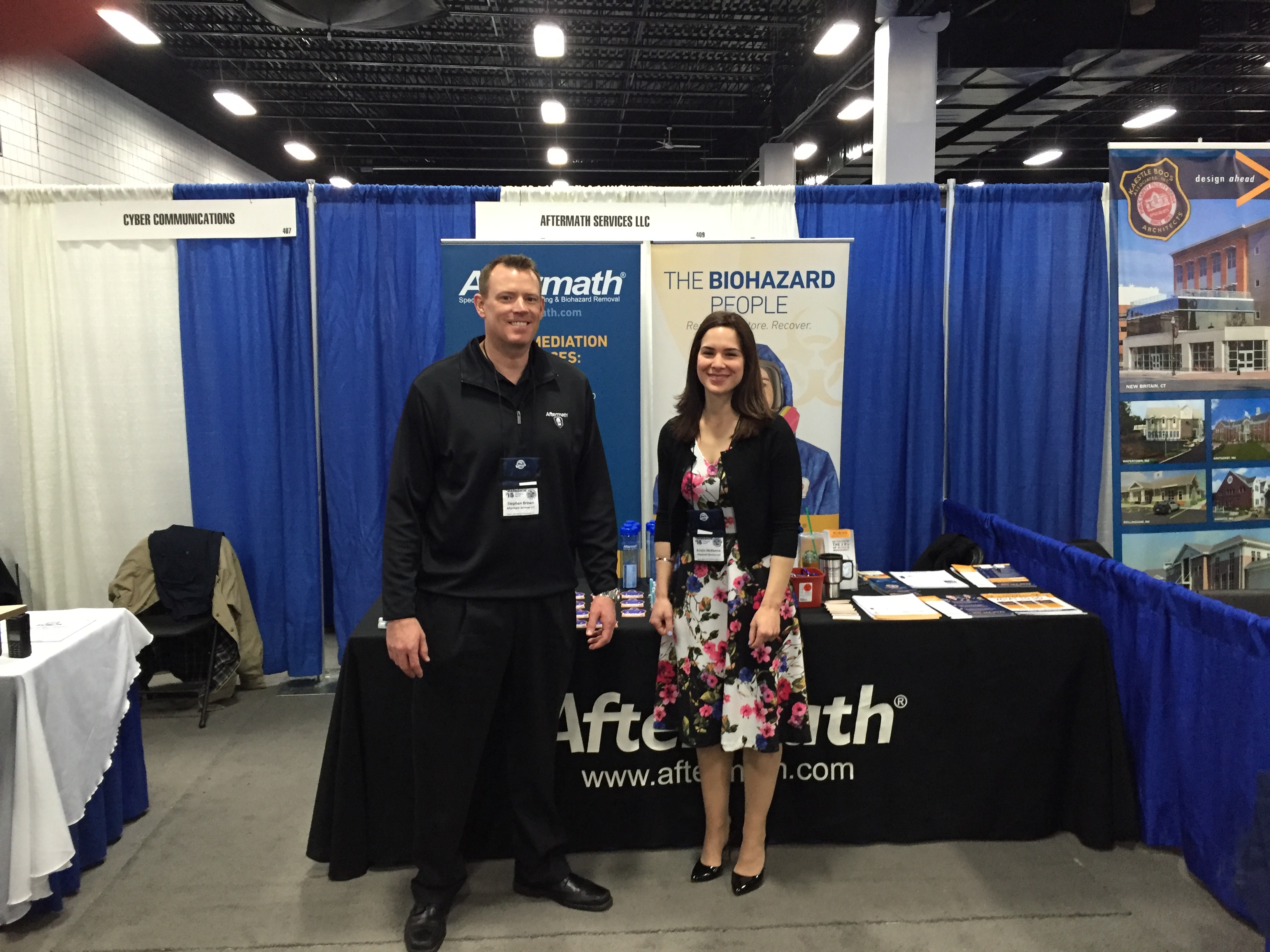 Last week, representatives from Aftermath visited the Massachusetts Chief of Police Association Tradeshow, hosted at the Best Western Royal Plaza Hotel in Marlborough, MA. This event is the largest of its kind, and Aftermath has proudly attended for several years. It is an energetic show, with a wide variety of vendors to stimulate interest and […]