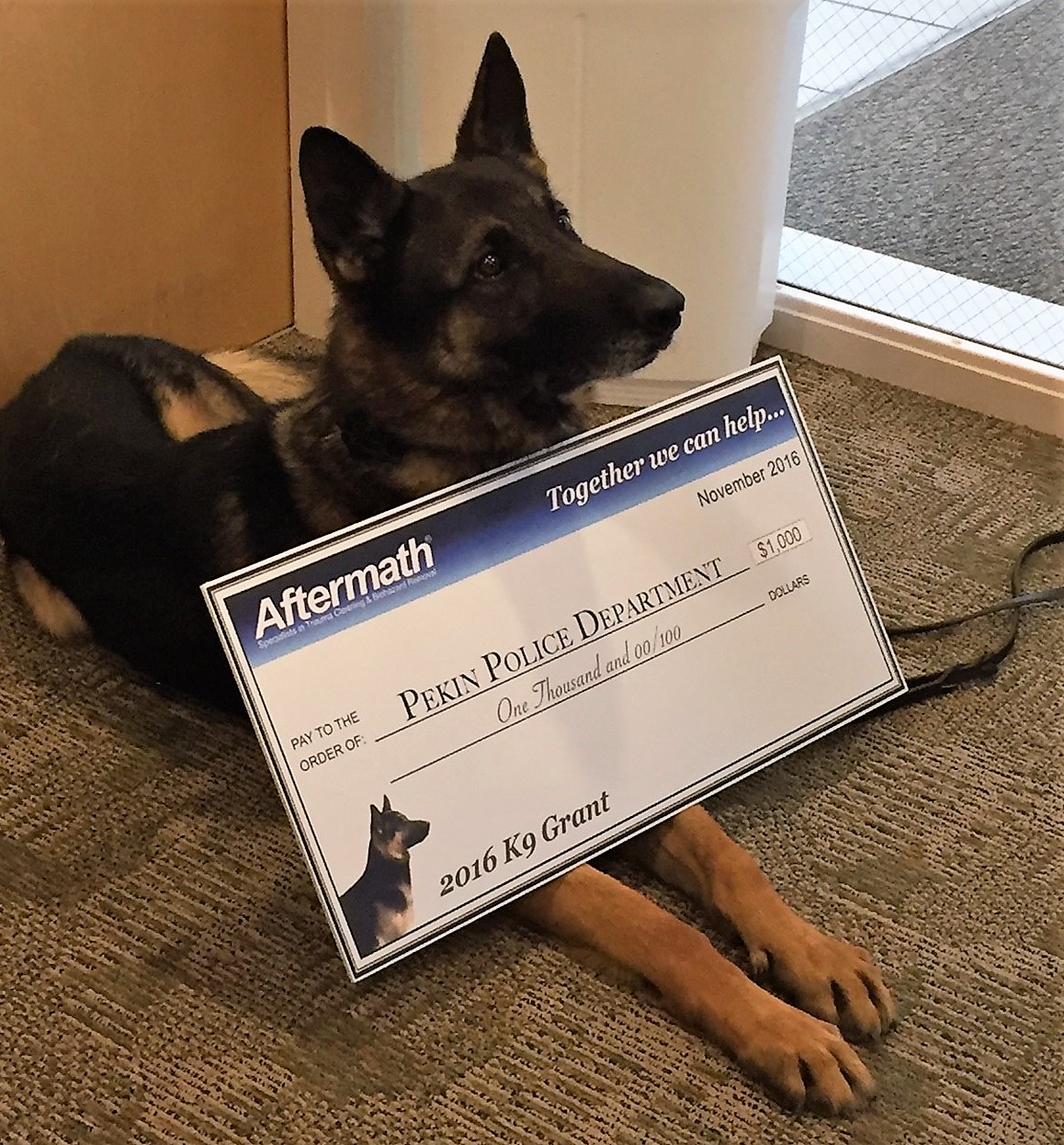 Last week, Aftermath representatives presented the Pekin Police Department (IL) with a $1000 grant as 2nd place winners in the company’s 5th Annual K9 Grant Competition. During the month-long competition, over 3,000 police departments were nominated and more than 152,000 votes were counted. Other winning departments include agencies in New Mexico, Pennsylvania, and New York. Since then, […]

Announcing the Winners of the 5th Annual Aftermath K9 Grant 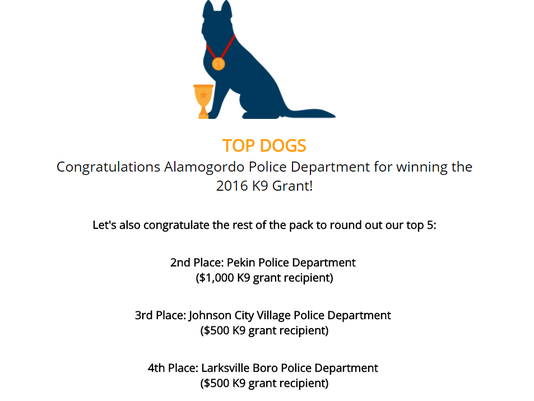 This October, Aftermath went to the dogs…the K9 officers, that is. The 2016 Aftermath K9 Grant Competition wrapped up on Monday, and already we’re drooling with excitement over this year’s winners. So much so that we couldn’t wait a moment longer to share them with you…all 5 of them! What? 5 awards? You’ve got that […]

Guided by the principles of education, safety, and community, Aftermath has become a fixture in communities nationwide, providing specialty cleaning services to families and businesses in need of assistance. Our compassionate staff of trained technicians are on call 24/7, ready to deliver discreet, caring service whenever it is needed. But our commitment goes far beyond […]