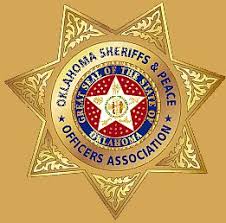 Last month, Aftermath made its first visit to the Oklahoma Sheriff and Peace Officer Association (OSPOA) Conference in Midwest City, OK. Rolando Barrientez, Aftermath’s Senior Law Enforcement Manager for the South Central US, spent three days speaking with all ranks of law enforcement, from sheriffs to patrol officers and even some retired officers as well.

According to the OSPOA website, their membership is what makes the organization unique. It is open to all branches of law enforcement and associated fields – city, county state, federal and tribal. Private guards and investigators, dispatchers, support staff, security guards and others associated with law enforcement are also encouraged to join the historic organization.

Fewer attendees but no less energy

With a wide membership base, OSPOA is typically a sizeable conference, but this year almost half of those who had already paid to attend were unable to. In April, a State of Emergency was declared in OK on account of wildfires, and a large number of officers were on mandatory duty. Others were sent to assist other agencies or had to work additional hours to cover shifts made vacant by those who were sent elsewhere.

Despite this, Rolando said it was still a very energetic and busy conference: “There was a lot of foot traffic throughout the event, and most of the attendees stopped by the Aftermath booth to chat at one point or another; some also entered our drawing for 5.11 gear. There were many in attendance who do not have providers of clean up services in their area, and they took our information with them. There were so many engaging conversations and for the first time, I almost ran out of our info and giveaways! It was an excellent way for the command staff to see us and get to know who we are when we visit their departments to meet with detectives.”

At several points during the conference, Rolando was given the chance to speak in front of classes about AMS and the company’s services. The most common questions Rolando heard during his visit concerned cost, response time, and how no obligations estimations work. “The officers were happy to hear that we service more than just the metro areas of Oklahoma; that we also provide services across the state and in rural areas. I explained that we have offices in other states as well, who are willing to lend a hand when the situation requires it.”

“One thing that met with greatest approval and interest from the officers is that we provide the family time to recuperate from their loss following a traumatic situation; we work directly with most insurance companies before the families see a final bill, relieving them of the additional pressure of immediate financial obligations. Officers were also glad to know that the family can contact the CM who is assigned to them after hours via phone, and that the entire team will be mobilized and ready to go when Aftermath first arrives on site.”

Those who knew of Aftermath stopped by to thank us for being vendors at the conference, and for assisting families in their area. Several recounted their own experiences with the company, including a retired police chief who stopped by to commend us on work we did for a family in his community.

“He said he had our magnet on his file cabinet and called us in to assist with an unattended death. Understandably, the property was seriously impacted, with the most noticeable issue being the smell. The executor of the estate lived out of state and was relieved that Aftermath was able to still do the job without him on site. A few days after the work was complete, the former chief met the family to turn over the keys and look over the home. He said it was impossible to tell what had occurred, and the home smelled and looked clean. He said we did a super job.”

Mingling at the show

It helped that the conference was held in the same hotel where guests stayed. OSPOA held a vendor and attendee reception one night with finger food and drinks, and vendors and attendees enjoyed lunch together on Tuesday and Wednesday.

There was also a unique approach to encouraging interaction between the vendors and event goers: “Organizers passed out raffle tickets to all the vendors to give to attendees who visited their booths,” Rolando explained. “When a vendor felt they had a quality conversation with an attendee, the vendor gave them a raffle ticket.”

The tickets were then used to raffle off door prizes, including a 5.11 bag and PPE kit from Aftermath. Prizes were awarded on the last night of the conference during the vendor reception. At the booth, Rolando also awarded a second 5.11 bag and PPE kit to Officer Kendrick Johnson of the Weatherford Police Department.

Overall, Rolando felt the event permitted him to have some amazing interactions with the officers. “It was an incredible conference for us,” said Rolando of OSPOA. “I was able to meet many officers who I had previously only talked to by phone or email, and there were also a lot of new faces.”

Aftermath is a proud sponsor of police and law enforcement organizations like OSPOA. Be sure to keep an eye out for Rolando and other members of our team at local conferences and law enforcement expos. Or to learn more about how we can assist your department and families in your community, please visit our website.