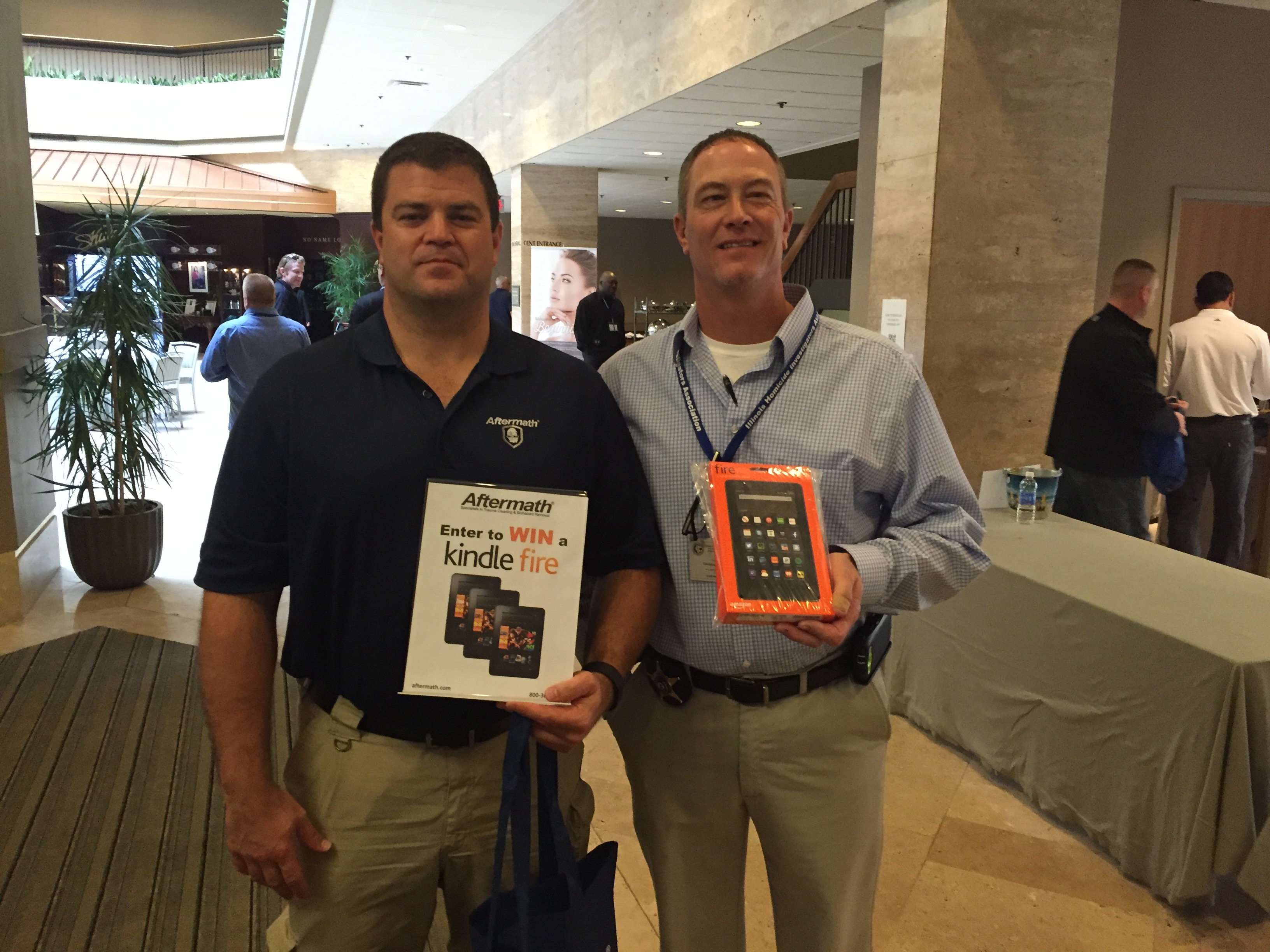 Fall conference season is upon us! This week, Aftermath is attending the IACP in downtown Chicago, but last week, the Illinois Homicide Investigator Association (ILHIA) hosted their annual conference at the Westin Chicago Northwest in Itasca, IL. According to the website, the purpose of the ILHIA is “to support law enforcement officers and prosecutors by providing professional training, leadership, and resources essential to the solving of homicide cases and criminal investigations.” With over 1000 members in attendance, the event is one of the largest state conferences nationwide.

Representing the company at the conference were Stephen Brown, National Director of Business Development, and Tony Cusinato, Senior Manager of Law Enforcement Relations. According to Stephen, the overall feel for the show is that it is designed to be a positive learning experience for attendees, where there is active engagement and sharing of the best practices for law enforcement. The keynote speech centered on modern policing tactics, while several breakout sessions explored topics ranging from DNA analysis to forensics and body cameras.

Vendors were also on hand to showcase their products and services, including Aftermath. Many of the officers who attended the gathering were already familiar with Aftermath and benefits of biohazard cleanup. Stephen reported that the most common feedback he received came in the form of a thank you for the work Aftermath performs for people in their communities.

On Wednesday afternoon, the last day of the conference, Tony and Stephen raffled off a Kindle Fire. Coal City Sergeant Christopher Harseim, was announced as the winner. Aftermath also gave away water bottles, car fresheners, magnets, pens, carabiners, and hand sanitizer at the company booth. By putting the company’s mission out there, Aftermath hopes that more officers will become aware of the specialized nature of crime scene cleanup and the serious nature of bloodborne pathogens and other potentially dangerous risks associated with biohazard cleaning.

We’re Here When You Need Us

Aftermath Services is dedicated to providing compassionate, quality cleanup services to families all throughout the US. We strive to work alongside first responders such as police and other law enforcement officials, partnering with them to improve the quality of life for those who have experienced a difficult tragedy such as a homicide or suicide. In addition to home services, we also clean squad cars and jail cells. To learn more about these and other cleanup services, call us anytime, nationwide at 877-872-4339.