Colorado Takes Up the Torch: the Arvada Police Department Speaks About the Special Olympics 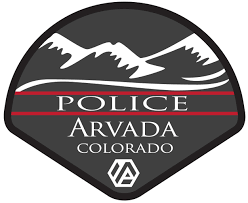 The Special Olympics is the largest sports organization in the world, serving over 4.2 million people with intellectual disabilities worldwide. The organization uses sports as a catalyst to help enhance the growth for all athletes who participate and compete.

Law Enforcement and the Special Olympics have enjoyed a long-standing relationship in many communities, and Denver suburb Arvada, Colorado is no exception. Last week, Aftermath had an opportunity to hear more about the Colorado Torch Run Series from two of its biggest supporters, Officer Brad Gagon and Jill McGranahan, Public Relations Coordinator for the Arvada Police Department.

Nationwide, the Law Enforcement Torch Run is the single largest year-round fundraising movement benefiting the Special Olympics. The Torch Run has two goals – to raise money and to gain awareness for the athletes who participate in Special Olympics. When Officer Gagon started working on the program in 2015, there were 16,500 athletes; now there are over 20,000. “The director at the time, Kelly Sheer, asked for assistance with the Torch Run,” he recalls. “In 2015, I took over the Special Olympics program for our department, including the Run and other third-party activities.”

“The actual Torch Run is a big event for our department,” the officer explains. “Since we are so close to Denver, we host the run downtown at the Capitol. It is a half marathon, 13.1 miles, with teams of 15-25 people. We are escorted by motor officers throughout the race, and we run to the State Capitol where we speak with media on the capitol steps. Then we run the last two miles to the Pepsi Center, where we celebrate with a big BBQ.”

Beyond The Finish Line

In addition to the Tribute at the Capitol Torch Run, annual Special Olympics events in the Arvada area include a benefit concert, where five local high school choirs come together and perform, and a Special Olympics Athlete sings the national anthem. This year, the 2018 LETR and Arvada High School concert will take place on April 25th. Information is available on the Special Olympics website.

There is also an annual truck pull, which is in its third year. “The local Fire Department puts on a Safety Day and part of it is the Truck Pull, where teams of 8-10 people compete to pull a fire truck. It’s a friendly competition between the fire department and the police department and it’s great fun for the whole community.”

There are also activities state-wide, including over a dozen Torch Runs. Says Officer Gagon: “As for the State organized benefits, the first one of the year is the Polar Plunge. There are 7 or 8 of these events around Colorado each year. We also have the Chili’s event where Chili’s restaurants throughout Colorado allow Police Officers and Special Olympics Athletes to come in and help serve guests. The guests leave tips in an envelope for the charity.”

How You Can Help

Though the Tribute at the Capitol Torch Run isn’t until May 31st, there are many other opportunities to help support the Special Olympics. Join Colorado State Patrol for a Tip-A-Cop event at the Patio Pancake Place in Salida, CO this Saturday, where 100% of your tips will benefit Special Olympics Colorado athletes across the state. There is also the upcoming concert on April 25th.

If you live outside Colorado, there are still plenty of ways to get involved with Special Olympics in your community. Visit the Special Olympics website to donate today, or discover more about volunteer opportunities nationwide.