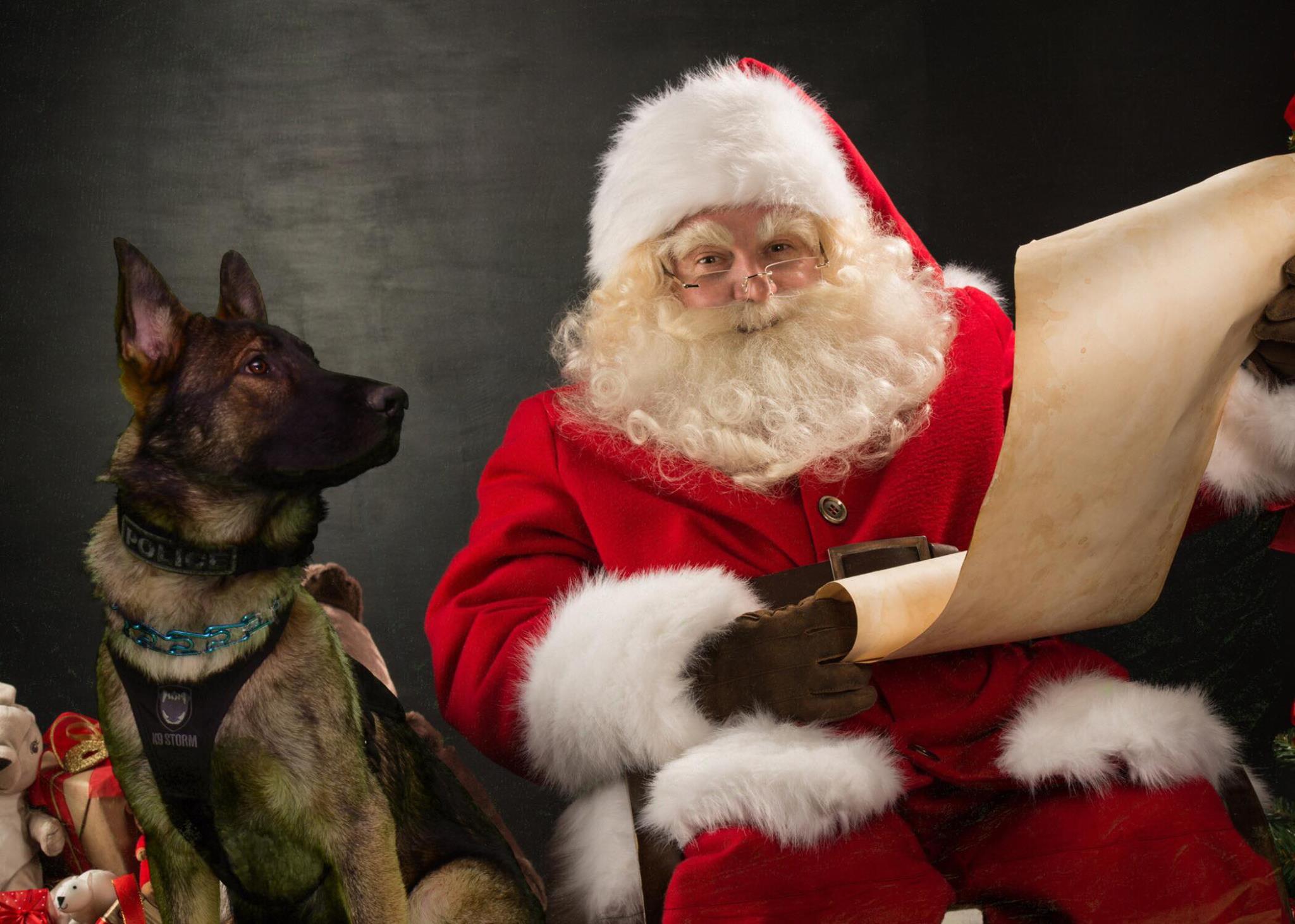 As we move into the holidays, we’re continuing our weekly Working Dog Wednesday feature with another of this year’s K9 Grant winners. This week we head to central Illinois and visit the Avon Police Department, who took home Fourth Place and a $2,000 prize. These funds are incredibly valuable to the tiny department. Read on to learn more:

Barely one square mile in size and with a population of just 750, Avon, Illinois holds the unique record of being the smallest town to win an Aftermath K9 grant. For Avon, capturing the fourth place spot was about capturing the heart of the community: “We are one of the most rural areas in the county,” says Officer Bill Garrison. Our strength is that we are a very tight-knit community and everyone knows each other.”

Avon’s police department is so small that all of its officers are part-time. Funds for the department’s only K9 Officer, Draego, come out of Garrison’s own paycheck. The K9 was originally purchased from a breeder in Kansas. “We won a $10,000 grant from the Roethlisberger’s foundation which we used to purchase Draego. The rest of the funding comes from me. I told the community that I would provide them with a K9 and I do this by funding him with my salary. The community has a very limited budget and could not fund a K9 and I knew that we really needed one.”

Garrison said the department learned about the Aftermath K9 Grant when a Facebook follower from another department mentioned it. He received an email from Aftermath around the same time and thought it wouldn’t hurt to enter. The department relied on social media, Instagram, Facebook, and Twitter, to secure their win (Draego even has his own Facebook page). As one would expect from a small town, word of mouth also helped, as well as a lot of involvement from the officers themselves.

Like many small towns, Avon’s toughest problems center around substance abuse. Drugs and alcohol are major challenges, and many residents are struggling to get by on low incomes. It is also a thoroughfare for larger crime areas, and because of the small number of available police officers, daytime activity often goes unchecked.

“Our goal is to cut down on meth,” Garrison reported. “We want to put a stop to the manufacturing and distribution of meth in our community. There is a strong meth presence and a low arrest level. That means that we are not finding the drugs, though we know they’re out there. Draego helps us solve this problem. We want to create a productive unit and train our K9 to do as much as he can in order to best serve our community.”

Draego is a dual purpose dog, trained in both narcotics and apprehension. “He’s a butthead. He has 100% drive and he likes to bite. He loves to take cheap shots and give you me a little nip when he playing. He’s very intelligent. When we first got him, we went to a Memorial Day parade which is about a mile and a half walk and the community members loved seeing him. When he was a couple months old, we did a meet and greet at the library. Well over 100 kids showed up to meet him. It was a big turnout.”

The Value of a Working Dog

Funds from the Aftermath grant will help defray veterinary costs and day-to-day expenses for Draego. Though young, Draego underwent shoulder surgery a short time ago, which took him out of commission for a little while and cost Garrison thousands of dollars. Garrison insists it’s worth it, however:

“The benefit of having our own K9 is availability. We no longer have to reach out the county to request their dog help us. Because pay is low, many of our officers are new to the job. Inexperienced officers get their start here and transfer to another department once they gain experience. Hence, they don’t always know what to look for when they feel there may be drugs in a car they pulled over. If they thought there were drugs in the car they would be hesitant to call the county to request their dog because it is a 40-minute drive away. Now that we have Draego, he can help in those situations. Officers call Draego and I over to sniff out the car and if no drugs are found, then I train the officers by discussing what to look for in the future.”

Help Your Department and Avon PD

If you’d like to help Avon and Officer Draego continue to fight crime in their area, consider contributing to their GoFundMe page.