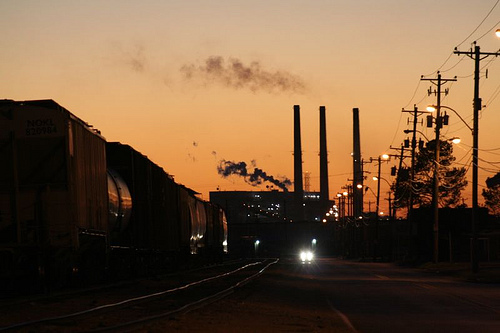 Editor’s Note: This week, we continue to spotlight subjects of concern to the Memphis, TN area in celebration of our Grand Opening. This week, we look at the importance of the manufacturing industry in the south, and illustrate how a biohazard cleanup company is a natural partner to these sorts of businesses.

According to the Greater Memphis Chamber of Commerce, Memphis, TN offers many benefits for businesses who choose to relocate to the area. Though the manufacturing segment has declined somewhat in the past few years, it still remains a valuable part of the economy. Memphis’ biggest players include FedEx, International Paper, ServiceMaster, and First Horizon National Corporation. These companies plus 5 others employ an enormous portion of the city’s overall labor force; over 50,000 individuals work for them. According to an article in the Memphis Business Journal last year, there are over 535,720 workers in Memphis, meaning that these companies control over 10 percent of the total working population.

Because of the strong business market, Aftermath determined that Memphis is also an ideal location for a biohazard cleanup company. The new team of Aftermath technicians expects to encounter jobs in both commercial and residential sectors; and though Aftermath’s philosophy and overall approach to safety and cleanliness is the same in both arenas, the customers’ concerns varies slightly between the two.

The health and safety of employees and customers are a top consideration for businesses that experience a serious injury or accidental death on site. Industrial facilities must maintain certain standards when it comes to all operations; when an accident occurs, many businesses choose to go with a professional bioremdiation service like Aftermath to clean up after the event. Unlike traditional janitorial firms, Aftermath technicians are educated about state and local regulations and basic procedures, such as lock-out tag-out, that accompany manufacturing environments. A company that does not obey OSHA or other regulatory bodies while performing a biohazard cleanup is at risk of being fined or possibly sued, situations that a homeowner is less likely to encounter.

A central location, affordable business costs, and a solid transportation infrastructure makes Memphis an attractive spot for manufacturers to build their businesses. With both river and rail access, the city has long been a hub of industry in the south. The area boasts Memphis International Airport (the busiest cargo airport in North America), five railroads, and two major interstate highways. Add to this the low taxes and utility rates, plus a high quality of life, and it makes for an ideal place for many types of companies, including an Aftermath Office.

Aftermath is proud to be a Memphis biohazard cleanup company. To learn more about the Memphis office, please stop by the city page. For quick response service nationwide, call 877-872-4339 for 24/7 assistance.