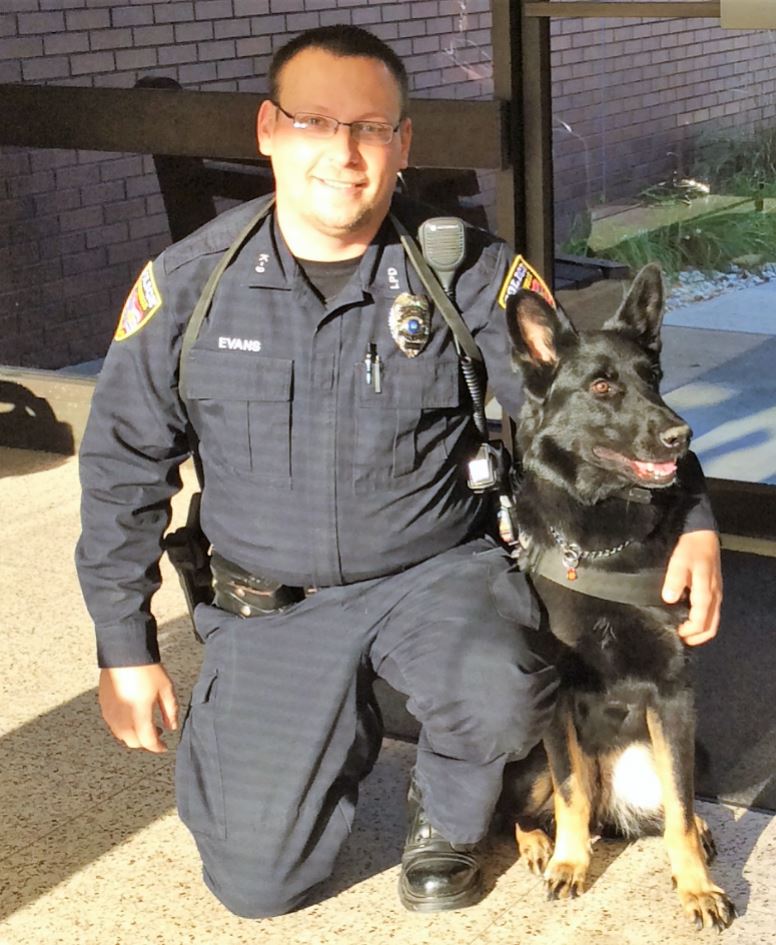 Two weeks ago, Aftermath’s announced the winners of the 2018 K9 Grant Competition. Among the top vote getters, there were some familiar names. One of those names was K9 Officer Una and the Larksville Borough Police Department of Pennsylvania. The winning team received more votes than 3,066 other competing departments; an overall total of 280,000 votes were counted during the 16-day voting period. As first place winners, Larksville was awarded a $5000 Grant.

The 2018 Aftermath K9 Grant included winning agencies from throughout the US; K9 units in 48 states were represented in this year’s contest and over $20,000 in grants were awarded to 14 departments. As November is National Gratitude Month, Aftermath is continuing to demonstrate our appreciation of these brave officers, both human and K9 alike, by showcasing their achievements and sharing their stories. Read on to learn more about Una and the Larksville PD.

Larksville is a small town with a population of approximately 5,500. There are just 12 officers with the department – 7 are full time while the remainder work just part-time. Neighboring towns are similar in size, which means that they often share resources, including the services of K9 Officer Una.

Sgt. Evans of Larksville was partnered with Una when she was just 6 weeks old; he selected her by hand, and the two have developed an incredible bond. Sgt. Evans refers to Una as his firstborn and to his daughter as his second born.

On most weekdays, Una and Sgt. Evans are assigned to the local high school. Their other duties include traffic searches, narcotics busts, and bomb-sniffing. Una has performed steady drug and bite work since she was a tiny pup; for 2 months she trained on general K9 work and Sgt. Evans supplemented her education with narcotics detection 2-3 days a week to hone her skills. She made her first drug bust at just 7 months old!

One thing that separates Una from other police dogs is that Una is still very much a family dog. Evans’ daughter and Una get along extremely well and Una enjoys being petted. She does K9 demos, and is a regular at community events. Una is also multilingual; she understands her commands in German, French, and English.

With such a magnetic personality, it is easy to understand how this K9 became a celebrity in the Larksville area. Though Larksville was a serious contender in previous years (Una took 4th place in 2016), it took a determined English teacher to help the department pull off this year’s first place win. “She really pushed on social media and throughout the school for everyone to vote every day,” said Sgt. Evans

Winning the Aftermath grant has been a boon to the department. Community donations are the prime source of funding for the Larksville K9 unit. “We started the K9 department with donations and we have been so fortunate to have the support of our community,” Chief Edwards stated in a previous interview.

This year the grant money from Aftermath will go back into the K9 account to replenish what has been used; the day Aftermath announced Larksville as the winner, Sgt. Evans heard that their fund was running threateningly low. Needless to say they are extremely happy to be receiving the money.

The Benefits of a K9 Unit

The benefits of having a K9 on staff are many. Since Una joined the force 5 years ago, she has been instrumental in numerous suspect apprehensions, drug busts, and other situations. She also performs a great deal of work with the local US Marshals Service.

Sgt. Evans states that it is incredibly beneficial to have a narcotics K9 on the team, especially with the ongoing drug epidemic threatening neighboring towns. Opioid use is a deadly reality for many rural areas, including Luzerne County. This video illustrates the dark realities of addiction, as well as the efforts of Sgt. Evans, Officer Una, and their fellow officers to combat the growing problem. 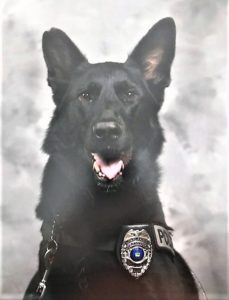 Outside of her professional duties, Una’s greatest achievement is fostering a sense of camaraderie among her fellow officers as well as creating a bridge between the agency and the Larksville community.

Since its founding, Aftermath has proudly recognized the contributions made by law enforcement officers and first responders for their ongoing efforts to protect and improve their communities through the Aftermath Cares program. The Annual K9 Grant is one aspect of the program. Aftermath created the K9 Grant in order to help offset the cost of creating or maintaining a K9 program so that communities have continued access to this valuable resource. Each year, law enforcement agencies across the country are encouraged to participate in the K9 Grant by gathering votes through word-of-mouth, social media, and local news outlets.