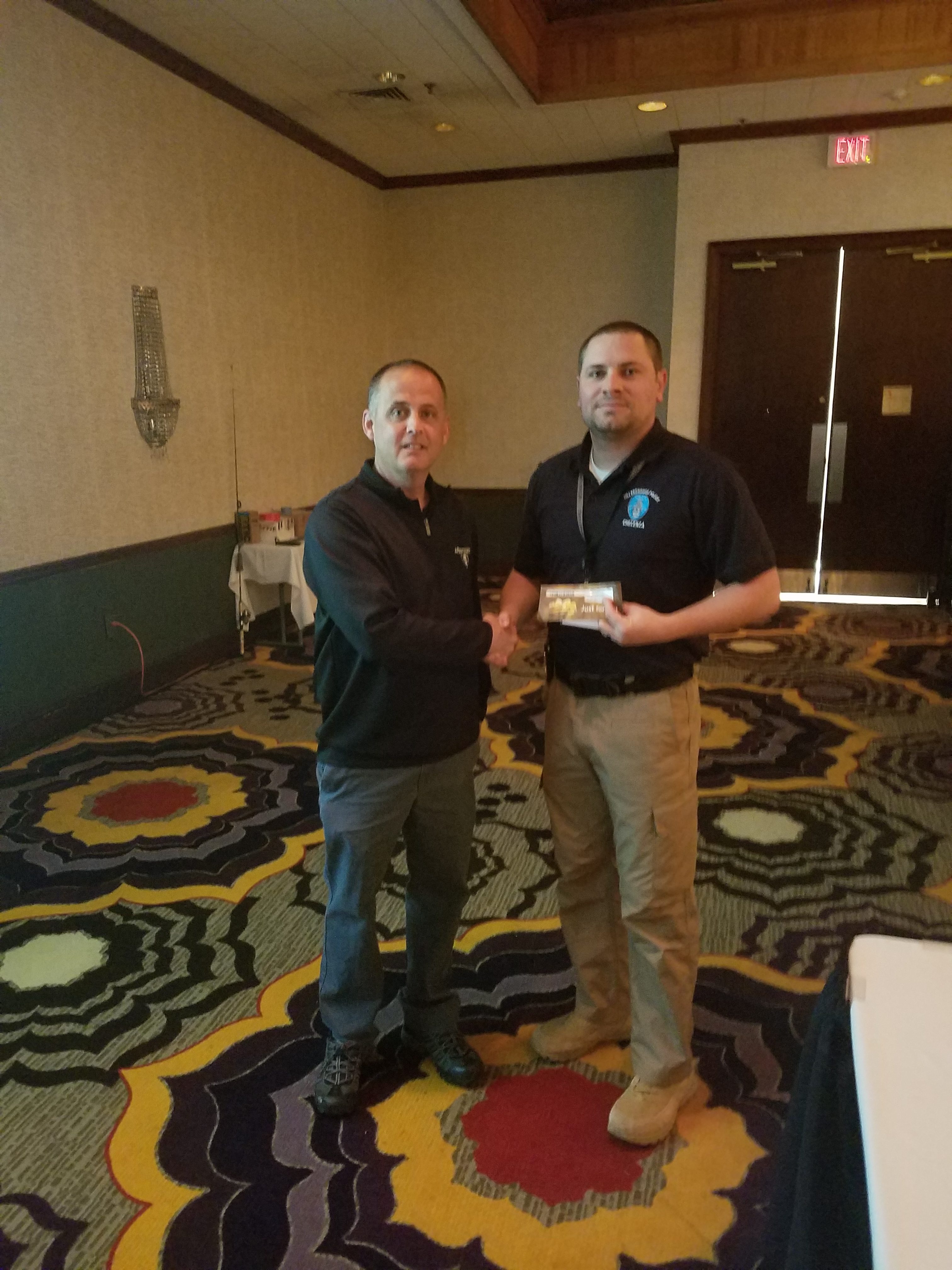 Earlier this month, Aftermath had the pleasure of attending several great events on the east coast. Aftermath has proudly attended the Massachusetts Chief of Police Association Tradeshow for several years; the show is hosted annually at the Best Western Royal Plaza Hotel in Marlborough, MA. At the event, Ken Rosa, Aftermath’s Senior Manager of Law Enforcement Relations, met with many municipal chiefs, captains, and other law enforcement, including a few officers.

We also visited the Spring Training Conference, hosted by the North Carolina Homicide Investigators Association (NCHIA), in Hickory Hills, NC. Aftermath’s Senior Managers of Law Enforcement Relations, Mike Webster, represented the company. It was Mike’s second year at the NCHIA Conference. Only a handful of vendors were featured at the event, allowing Aftermath plenty of opportunity to speak to the officers one-on-one.

According to the MCOPA website, the organization encourages training, education, and excellence among its members, and helps to foster cooperation between the different branches of law enforcement. They also promote the recruitment and training of qualified personnel and “encourage all police personnel statewide to achieve and maintain the highest standards of ethics, integrity, community interaction and professional conduct.”

“The annual MCOPA Tradeshow is the largest show of its kind,” said Ken. “It’s a very busy show as well.” There were a wide variety of featured vendors, but there was always plenty of traffic at the Aftermath booth. Ken said that the attendees asked insightful questions, and expressed interest in learning about how cleanup helps families in need. “MCOPA members were especially pleased about the fact that we work with many major homeowners insurance programs,” Ken stated. “Taking care of the people is an officer’s priority, and Aftermath offers them with another tool to help them do just that.”

In addition to speaking with officers, Ken also gave away Aftermath merchandise and offered the officers a chance to win a booth giveaway prize, a $50 Amex gift card. The prize was awarded to Lt. David Clauss of Pembroke Police Department.

The North Carolina Homicide Investigators Association is a non-profit organization began in 1994, when a working group of agencies came together to investigate a series of homicides. Among their many goals, the group provides homicide investigators an opportunity to exchange information relative to homicide investigations and supports regular training sessions, workshops and special investigative seminars. To learn more about NCHIA, visit their About Me page.

NCHIA hosts two annual conferences each year in the spring and the fall, both of which allow for furthering education and training for the detectives and other members. This year’s Spring Conference included seminars on wound pattern analysis and crime scene photography, as well as a staged crime scene workshop. At the booth outside the training room, Mike spoke to investigators about the crime scene cleanup process and the benefits of using a professional service provider. He also fielded questions from the officers; many were interested to learn about the company’s locations and quick response services.

Only a handful of vendors were featured at the event, giving Aftermath an opportunity to speak to detectives and other attendees one-on-one. Mike distributed brochures, air fresheners, water bottles, and other useful products with the company logo and also held a drawing for a $50 Amex Gift Card. This year’s winner was Sgt. Nick Chelenza of the Hillsborough Police Department.

The East Coast isn’t the only place we attend conferences. We visit tradeshows and other events related to law enforcement, insurance, and the funeral industry, throughout the US. Though our business centers around families and property owners, these professionals are the lifeline that connects us to those in need of our services. We have a tremendous amount of respect for the work they do, and we are excited and proud to pass along vital information about the importance biohazard remediation.

If you are a member of law enforcement, learn more about how we’re helping you and your communities by visiting our webpage for LE.