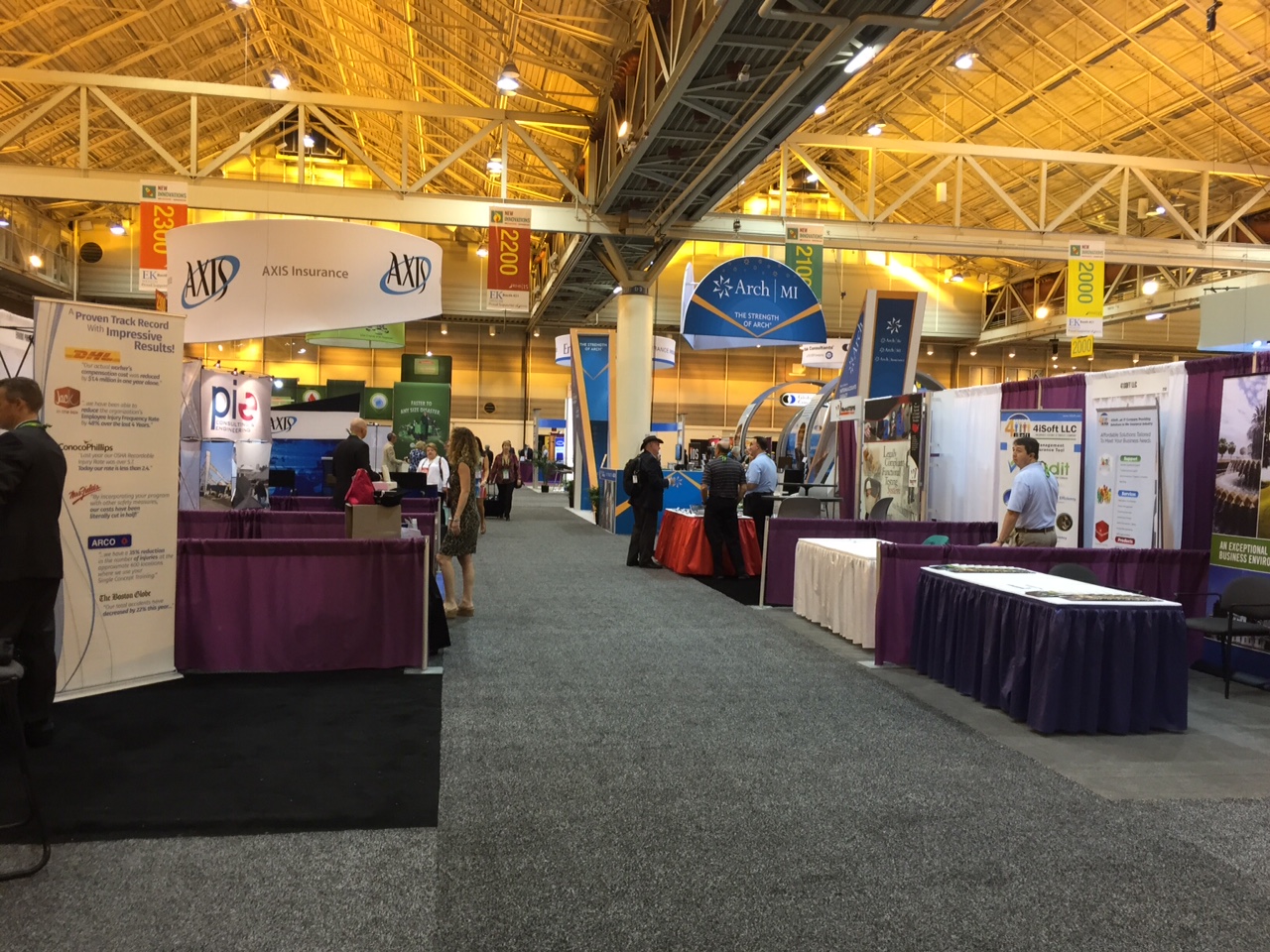 This past week, Aftermath Services LLC attended the RIMS 2015 Conference in New Orleans. The four day event ran Sunday through Wednesday and included workshops, keynote speakers, and an exhibit hall full of vendors sharing products and services from all over the nation and around the world. In preparation for the occasion, we spotlighted the organization in one of our featured blogs last week. Today, we will recap the sights and sounds of the Big Easy – from our view in the vendor’s hall!

At the Aftermath booth, representatives were on hand to answer questions and provide useful information to curious attendees who wished to learn more about our specialized services. Of those who had not heard of us, many were surprised to discover that we offer our services nationwide. Also, unlike most competitors, we perform only biohazard remediation, which allows our technicians to specialize in their work. Aftermath doesn’t rely on contractors or franchise the business; because of this, adjustors and agents can count on the same care and quality of service, regardless of their client’s location.

The feature event at the Aftermath booth was the “What’s Bugging You?” trivia contest, where attendees played host to eight different viruses or bacteria. Guests had to attempt to tell them apart using a series of clues. C.diff and Norovirus stumped many players, while the majority of players were able to guess E.Coli and Salmonella. E.Coli and Salmonella were also the most popular prizes – all winners of the game walked away with their choice of a plush germ or bacteria. Over 200 Giant Microbes were given away during the course of the show!

With all the fun going on inside at RIMS, there was still a little time to enjoy the city. Normally, spring is a great time to visit NOLA, but on Monday during the conference a band of strong thunderstorms hit the area. Though damage was minimal, a tornado touched down in one of the local suburbs and a train was knocked off its tracks. This certainly didn’t stop visitors from having a great time, however! When they weren’t attending one of the many events hosted by the sponsors or one of the many vendors (highlights included a free concert by Foreigner at the Superdome), attendees could be found playing a hand at Harrah’s Casino, catching a meal in one of the many restaurants in the famed French Quarter, or enjoying a stroll along the Riverwalk.

Overall, the reception Aftermath received at this event was overwhelmingly positive. A big thank you to all those who stopped by the booth and spoke with our representatives, including our fellow vendors. We look forward to connecting with you in the future! Also, we’d like to express our gratitude to RIMS for allowing us the opportunity to take part in this fabulous convention.

As always, adjusters and agents can find helpful information on the Aftermath website or call us anytime at 888-575-5708.