The 2017 Georgia Association of Chiefs of Police Conference 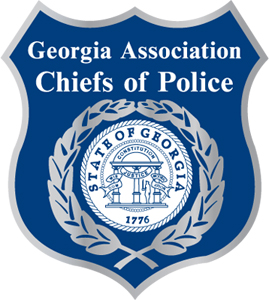 Last month, Aftermath visited a peach of a police conference, down south in historic Savannah, Georgia. The 2017 Georgia Association of Chiefs of Police Conference was held July 22nd through 24th at the Westin Hotel downtown, and Rodney Tower and Mike Webster represented Aftermath.

“This was a new event for us,” Mike remarked. “It was good to get some exposure in the Georgia area. Many chiefs had never heard of Aftermath before, or at least were unaware of our local presence. It was an excellent way to show our support of their work while getting to know them better and addressing their questions one on one.”

According to the organization’s website, “The Georgia Association of Chiefs of Police is dedicated to providing police services in the State of Georgia that are aimed at achieving more effective and efficient crime control, reduced fear of crime, improved quality of life, and improved police legitimacy, through a proactive reliance on community resources that seeks to minimize crime-causing conditions.”

The conference was attended by chiefs and their staffs, including deputies, as well as a few police officers and family members. There was also a large vendor turn out, though Aftermath was the only biohazard company at the show. Though the speaker and workshops portion was held in another area away from the vendor’s hall, the organizers scheduled breaks and other intervals where conference goers could visit with the vendors.

Mike was especially impressed with a unique system the conference used to network between vendors and guests. “They had a great system of capturing attendee contact information by scanning their event badges with an app downloaded on your phone. It made it easy to talk to people and gather information without interupting the flow of the conversation. We still had attendees fill out requests for more marketing materials or drop their business cards, but this way meant we talked to more people and can follow up with ease.”

Networking In the South

The GACP hosted a regular hospitality suite throughout the event, and one night there was a social where attendees were encouraged to network while dining. However, the majority of interactions were held in the vendor hall.

“We heard from a lot of chiefs who said that they’d been in situations where they didn’t know where to refer a family in need,” Mike said. “It felt good to be able to give them a potential answer to that question, should they encounter it in the future.”

At the booth, the team talked with the Chiefs about biohazard cleaning and gave out goodies like air fresheners, caribiners, and key chains. They also held a drawing and gave away a door prize alongside other vendors. The prize winners were Chiefs Jim Fullington of Winder, Georgia and Chief William Kirkland of Hagan, Georgia. Congratulations, Chiefs!

Coming to a Conference Near You!

It should go without saying that Aftermath is a proud supporter of law enforcement nationwide. From our presence at conferences in Georgia and beyond, to great giveaways and sponsored grants like our Annual K9 Grant and the recent Why We Serve Service Grant, we’re always finding new ways to thank those put their lives on the line for our families and communities each and every day.

To stay in touch, be sure to follow us on both Twitter and Facebook, where we announce regular contests as well as where we’ll be visiting next. And be sure to keep an eye out for us at your next LEO conference! We hope to see you there.