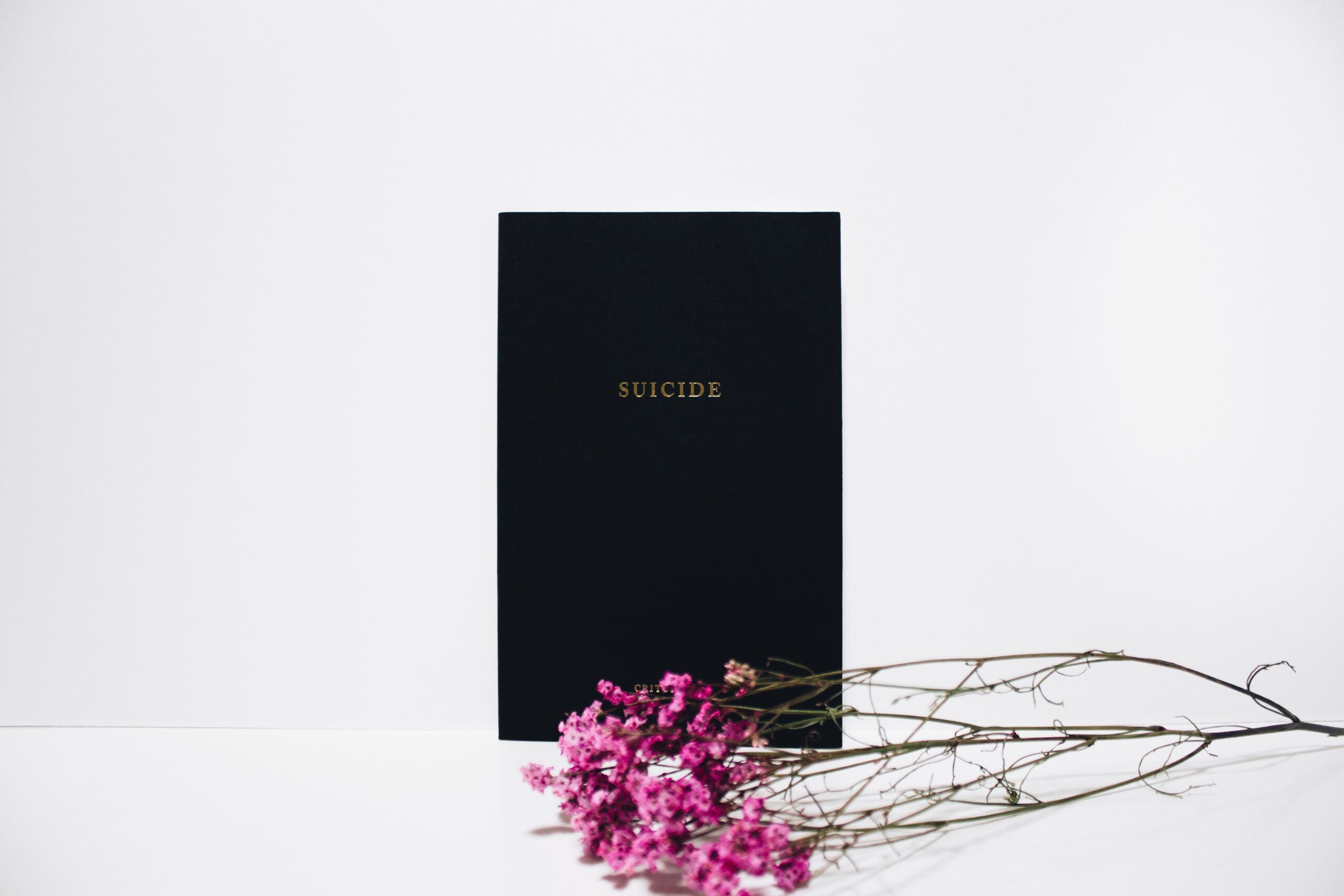 While it’s hard to imagine someone going through such pain, it’s important to examine the statistics and to know the warning signs so you can help a friend or loved one in need. After all, you might be the ally someone needs in their darkest times.

If you or a loved one have frequent thoughts about suicide, call 1-800-273-8255 — the National Suicide Prevention Lifeline is available 24/7 365 days a year and all calls are completely confidential.

Updated 2018 Suicide Statistics in the US:

The number of suicide deaths in the US across all ages, races and sexes has been slowly increasing each year for the past 9 years. Below are the numbers from 2010-2018.

Suicide deaths by year, across all ages,

In 2018, suicide rates were higher in rural counties when compared to urban counties for both males and females.

Suicide Rates in the US by Age, 2017 (data includes all races and sexes) 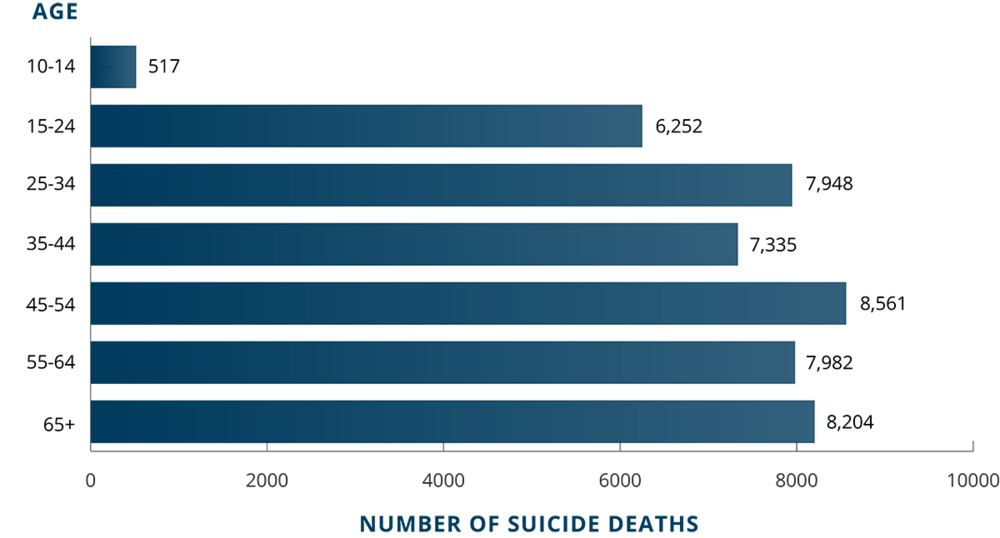 Dealing with suicide is nuanced. While it is an uncomfortable subject to bring up with a friend or family member, it’s better to be proactive than to wait and see how a bad situation plays out. Remember, you may be just the help someone needs in a time of crisis. In addition to previous attempts and family history of suicide, the American Association of Suicidology advises to watch for “IS PATH WARM“:Signs That Someone is Suicidal

If you know someone going through any of these warning signs, take it seriously. Listen to them, provide genuine support, don’t leave them alone and reach out for professional help. You are capable of saving a life.

Because of the COVID-19 pandemic, we’ve seen businesses shutting their doors permanently, people worried about paying bills, and significant loss of life. The stress of these and other factors combined are causing sharp increases in depression and anxiety, especially among younger demographics, among which suicide is already prevalent. We’ve also observed an increase in unattended deaths during shelter-in-place orders, meaning more people are dying at home and are not found for some time after.

In the past, we’ve covered extensively how to maintain your physical health and mitigate your risk of infection during the pandemic. But given our uncertain situation with no indications of when it will end, it’s also extremely important to take care of your mental health; we all want to come out of the other side of this as happy and healthy as possible. But because the US already has such a high suicide rate, and due to current increased rates of depression and anxiety, it’s important to draw attention to mental health awareness and the most up-to-date suicide statistics and prevention methods.

Aftermath is Here to Help

In the tragic event of a suicide, there will likely be bodily fluids or other elements of decomposition to clean up. It can be not only emotionally traumatic for a family member to clean, but it also comes with health risks — bloodborne pathogens, infection and other possible diseases. It’s best to contact professional bioremediation specialists to clean and disinfect the site.

Aftermath Services is a trauma scene cleanup company that compassionately and discreetly helps grieving families by remediating the site where the accident took place. With almost 20 years of experience, we are an industry leader in unattended death cleanup, homicide/suicide cleanup, biohazard cleanup, and commercial coronavirus cleanup.