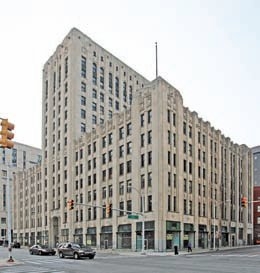 Last week we spoke with Aftermath Detroit Supervisor John DeVries on the crime scene cleanup industry in the Detroit metropolitan area. This week, we continue to spotlight the area in a continued effort to build strong ties within the community.

The City at a Glance

Detroit is a large city located in Southeastern Michigan, in the heart of the Great Lakes region. With a population of nearly 700,000 people and 297 constituent neighborhoods, Detroit is the largest community in the state. The city was founded over 300 years ago, but came into prominence as the hub of the commercial auto industry in the 1940s, a reputation that lasted into the 1970s. Sadly, despite its original claims to fame, including the original Motown recording label and other noteworthy accomplishments, the city is now synonymous with decay and distress. However, under a complicated surface of struggles, the city has a resilient spirit that is undeniable. As a company that specializes in restoring homes, businesses, and lives, Aftermath Detroit is pleased to be a part of the progress.

Business IS Usual for Detroit

There are many reasons to move to Detroit, and business is just one of them. According to a study performed by the Bureau of Labor in April of 2015, the metropolitan Detroit unemployment rate was 5.1 percent, lower than the New York, Los Angeles, and Chicago metro areas. Over a third of those working in the area occupy white collar jobs, including service providers, sales and office workers and professionals.

Despite it’s reputation for crime, Detroit is the central city for the third most productive economic region in the US, ranking just behind Chicago and Minneapolis. It’s also a port city, and provides US citizens easy border access to Canada. Several technology companies have set up business in the Detroit area, and the city sports numerous well-developed commercial and financial districts, surrounded by inexpensive real estate and redevelopment opportunities.

If you’re looking to settle down in the city of Detroit, there are many options to consider. Detroit real estate is less expensive than in other urban areas, and innovative and community oriented city programs encourage residents to take responsibility in the upkeep and maintenance of their homes as well as the neighborhoods. The Downtown Detroit Partnership (DDP) is one example. DDP is a partnership of corporate and civic leaders who help design, implement, and support programs and initiatives to help build a clean, safe, and economically strong downtown community. Furthermore, some communities, like Midtown, have even started offering incentives to current home owners to improve their existing properties and encourage new residents to move to the neighborhood.

No matter what part of the city or Detroit suburbs you live in, there are ways for you to help improve the city and its reputation. The Recruit Detroit website tracks numerous volunteer opportunities throughout the area.

Detroit is just one city we service in the state of Michigan. In the Great Lakes region and nationwide, our technicians are available 24/7 to service all of your biohazard and specialty cleanup needs. Call 877-872-4339 for immediate assistance, or check out our website for more information on how to protect your home, your family, and your business.