The statistics are startling: every year since 1999, more Americans commit suicide than in the year previous. However, this already staggering fact doesn’t account for the increased number of individuals whose attempts are thankfully unsuccessful. As a biohazard cleanup company, Aftermath has experience working with families who find themselves in distressful and tragic situations. As part of the recovery process, Aftermath’s stringent methods and attention to detail help lend families additional peace of mind by relieving the burden of biohazard cleanup during a difficult situation. 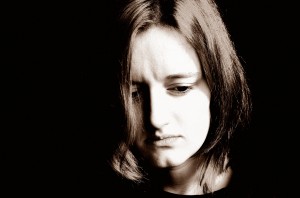 In the Hartford suburb of Wethersfield, one family was forced to face the unthinkable when a relative attempted to commit suicide in a bedroom of the family home. Fortunately the victim survived, but biological traces of the incident remained behind. Not only do such reminders pose a physical risk of biological contamination in the form of potentially harmful bacteria and disease-causing viruses, but the subsequent mental and emotional impact on the survivor and their family can be considerable. On its own, biohazard cleanup can be difficult, but when coupled with a traumatic situation, it is advisable to seek help from a professional crime scene cleanup company.

In this situation, the family phoned the local Hartford area Aftermath team. After being briefed on the situation, Aftermath’s trauma cleaning technicians arrived at the family’s home in a discreet company vehicle, designed to protect the family’s privacy while they worked. Upon arrival, a supervisor greeted the family and evaluated the property for contamination and damages. Once the family approved the recommended course of action, Aftermath technicians sealed off the area to be sanitized – in this case, the back bedroom where the incident occurred. Blood and other bio matter affected the bed and the carpet, as well as the victim’s personal effects. Technicians also isolated the path of extraction, which is the route emergency personnel used to transport the victim out of the home. Creating “control zones” like these help to prevent cross-contamination with clean, safe areas of the home. . Once isolated, workers performed a full scope service to the impacted areas using three steps: bio removal, surface preparation, and biowash.

At Aftermath, we pride ourselves on our compassionate approach, and our ability to work with families who are dealing with complex and emotional situations like the one described here. As another customer relates, “The services rendered by this amazing company have not only provided technical support and services but with a compassionate attitude.  We can’t recommend this company highly enough should you ever need the services that they offer.  We were guided, supported by knowledgable, compassionate staff.  A company with a heart.”

Suicide cleanup is just one of the many specialized services Aftermath provides. To learn more about biohazard cleanup assistance, call us at 877-872-4339. If you are already a customer and would like to add your voice to the Aftermath Customer Reviews page, simply fill out the online form and tell us what you think.