Mental health disorders are a common cause of suicide. But recent studies have shown a direct link between the body and the mind, specifically concerning repetitive head trauma and certain forms of mental illness which lead to suicidal thoughts. Long-lasting mental health problems brought on by these injuries may manifest suddenly and can be difficult to cope with. In this post, Aftermath reviews the link between the physical and mental self,
and examines factors that could help aid in suicide prevention.

Concussions Are a Common Part of the Sports World

Athletes are one part of the population who are regularly subjected to a serious risk of head injuries involving concussions. As a result, doctors and researchers have studied this group to better understand the link between repetitive head injuries and the development of mental illness. A study conducted by the Journal of Sport and Exercise Psychology identified a number of mental issues related to concussions. These include: 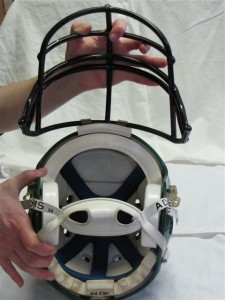 If these problems go unchecked, troubling mental health issues may result. These conditions can be disruptive to every aspect of life, from personal relationships to work-related matters.

A 2003 study undertaken by the American Association of Neurological Surgeons looked to the NFL for information on the rate of concussions experienced by players. The finding were quite distressing, with 64% of players experiencing at least one concussion during their careers, while 24% had been subjected to three or more.

This study also brought to light the link between such injuries and mental illness. 11% of surveyed players had experienced ongoing depressive episodes, with a large number of respondents claiming that these episodes affected their daily lives.

Numbers such as these are especially concerning when dealing with younger athletes, such as those at the high school or college level. Undergoing such injuries at a young age can lead to serious side effects down the line. This is particularly upsetting when considering that many continue to play directly after a concussion has been sustained. As a result, many in the medical community are urging teams to be vigilant when it comes to head injuries.

We Provide Support In Your Time of Need

No matter the cause, dealing with a loved one’s suicide can be an incredibly traumatic and difficult experience. When it comes to suicide cleanup, Aftermath can assist you in returning your property to its former state. While grief may be long lasting, our professional cleaners help families achieve an important sense of closure in the wake of a devastating experience.