Death Cleanup: Just One Part of the Process 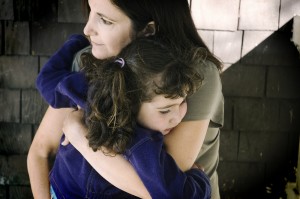 The process of death concerns both physical and spiritual aspects. As morbid as it seems, death is a natural part of the life cycle. As a result, every culture and civilization maintains beliefs on what should be done with physical remains upon a person’s demise.

Such beliefs range from practical matters (such as proper disposal of the remains), as well as more metaphysical concerns relating to a person’s soul or inner being. While the details can vary greatly, humanity as a whole remains connected to the end-of-life process, regarding this inevitability with a mixture of fear and awe.

The Physical Aspects of Death

Regardless of any spiritual implications, death cleanup presents a very serious health issue. Distinct physical changes begin as soon as one’s heart stops beating, and can impact the area where the death occurred, if they are allowed to continue unimpeded. This is one of several reasons why professional assistance in cases of unattended death cleanup is an important step to help ensure the health and safety of any who may enter the area afterward.

One of the first changes to occur after death is that the body’s temperature decreases the moment of death, and continues to fall until the deceased reaches room temperature. This is known as algor mortis, or the cooling of the body. Rigor mortis also takes place during this time, which occurs when blood pools at various points within the body. This process typically spans two to six hours after death.

While the body in question may no longer be among the living, that doesn’t mean it is entirely devoid of life. Bacteria thrives throughout the decomposition process, causing additional and often pronounced physical changes. These changes happen over a period of days, and include discoloration, as well as the emission of a foul-smelling gas as internal organs begin to break down. As weeks and months progress, additional decomposition takes place. Fortunately, very few in the modern world are privy to this stage of death, thanks to strict laws governing adequate disposal of bodies.

Death and the Spiritual Realm

Every culture that has ever existed developed exacting rules on how to handle the dead. Some choose to leave the deceased in the open to let nature take its course, while others rely on receptacles such as urns and coffins to afford the dead a seemingly more dignified send off.

Religion also plays a role in how the physical remains are dealt with. For instance, Hindus look to cremation as a means of releasing the soul from one’s mortal remains, while Catholics regard the practice as disrespectful. There are also rules relating to the time in which the deceased is finally interred, with each religion possessing unique beliefs on the appropriate course of action.

Assistance When You Need It Most

Dealing with death can be a traumatic experience, but there is after death care available for a variety of situations. While Funeral Directors and grief counselors provide much needed services, sometimes additional assistance is needed. Aftermath technicians can help you and your loved ones handle the physical aftereffects of death, cleaning and restoring the home or place of death to its original condition and encouraging peace of mine during a difficult time.