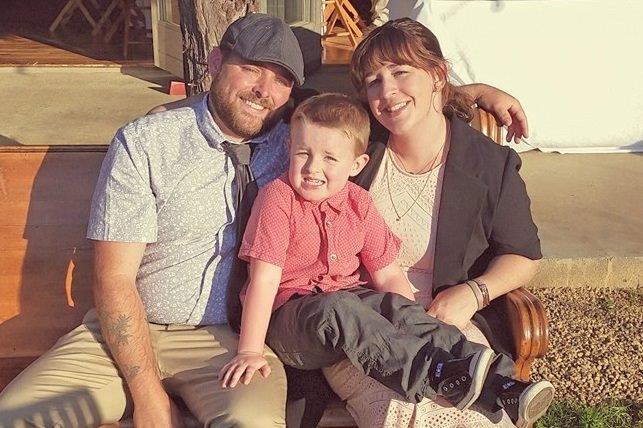 Today is National Woman’s Equality Day. To celebrate, Aftermath is highlighting a few of the women who make up many diverse aspects of the Aftermath team. From Client Managers to Field Supervisors, we support and promote women as integral parts of the workforce.

Meet Megan Squires, the North Carolina office Supervisor and one of the many women who work at Aftermath. Megan grew up in High Point, part of North Carolina’s Piedmont Triad, an area formed by the cities of Greensboro, High Point, and Winston-Salem. Before joining Aftermath, she served seven years with the High Point Police Department as a crime scene investigator.

Megan was the third generation of her family to work on the police force. She also studied communications and criminal investigation and evidence at several colleges. “I didn’t want to be a police officer specifically,” Megan reports, “but I loved forensics. My great-grandfather and father both worked for the department. It was a family tradition.”

During her time as a CSI, Megan documented crime scenes to tell the stories of the victims. “As a CSI you do not interact with the victims or families. It sometimes felt intrusive – this is the worst day of someone’s life and you’re expected to be removed.” As Megan explains in an earlier interview, she began to look for another career where she could still help others, while channeling her compassionate nature. Two years ago, she accepted the position of Field Supervisor with Aftermath’s North Carolina office.

The Challenges of Crime Scene Cleaning

The current North Carolina team consists of Megan and three hard working team members, each with their own unique skill set. Backup Supervisor Daniel Schemberi is experienced in restoration, while Lead Technician James Brannick and newest team member, Daryl Brewer, have worked in various aspects of EMS. “We’re like a family,” Megan explains. “We have to have each other backs out there. We depend on each other to get the work done”

Though her crew knows better, Megan says that some customers may doubt a woman’s ability to do the physical aspects of a job. “Women do just as much as the men in the field. Each situation is tackled collectively – we each have something that we contribute from our respective backgrounds. Furthermore, in some cases, it’s better for me to speak directly with the grieving family, while on other jobs, Dan may take the lead. It just depends on the work and the personalities involved.”

According to Megan, the most difficult aspect of working in biohazard cleanup is not the hard labor, but encountering genuine sorrow, and sharing in a family’s grief after the loss of a loved one. It’s also part of what she finds most fulfilling. “Helping families is the reason we all do this this job. My favorite feeling comes after we finish an assignment and the family approaches us to express their gratitude in hugs and tears. It’s an amazingly rewarding experience each time it happens.”

Recently, Megan and her crew worked on a particularly challenging job involving a young man who had accidentally died from a gunshot wound. “I was glad I could be there, so that the family didn’t see how awful it was. Once we were done emptying the room and cleaning the area, I was worried about family breaking down, seeing everything gone. Instead, they were so grateful. The six family members gave the crew hugs and there were lots of tears on all sides, sharing in their loss.”

One theme that carries across Megan’s professional and personal life is her passion for family. While she was a CSI, Megan was a part of the Guilford County Child Fatality Prevention Team, a group which promotes child safety efforts in the hopes of preventing fatal incidents. Now, when she isn’t at work, she spends as much time as she can with her husband, Anthony, and six year old son, Brendon. “My goal is to be as present as I possibly can,” Megan says. “It can be hard being away on a job, and missing milestones or family outings. But I know it’s worth it because of the families we help.”

Looking for a Career in Cleanup?

Megan’s best advice for women who are looking for a career in crime scene cleanup? “Don’t let the physical aspects of the work get to you. Just because you can’t lift the largest item in the room doesn’t mean there’s no place for you on this job. At Aftermath, we are a team. You bring your own unique strengths to the table.”

Aftermath is always accepting employment inquiries. Positions are available across the country. Learn more about current job openings at Aftermath or visit us on LinkedIn.