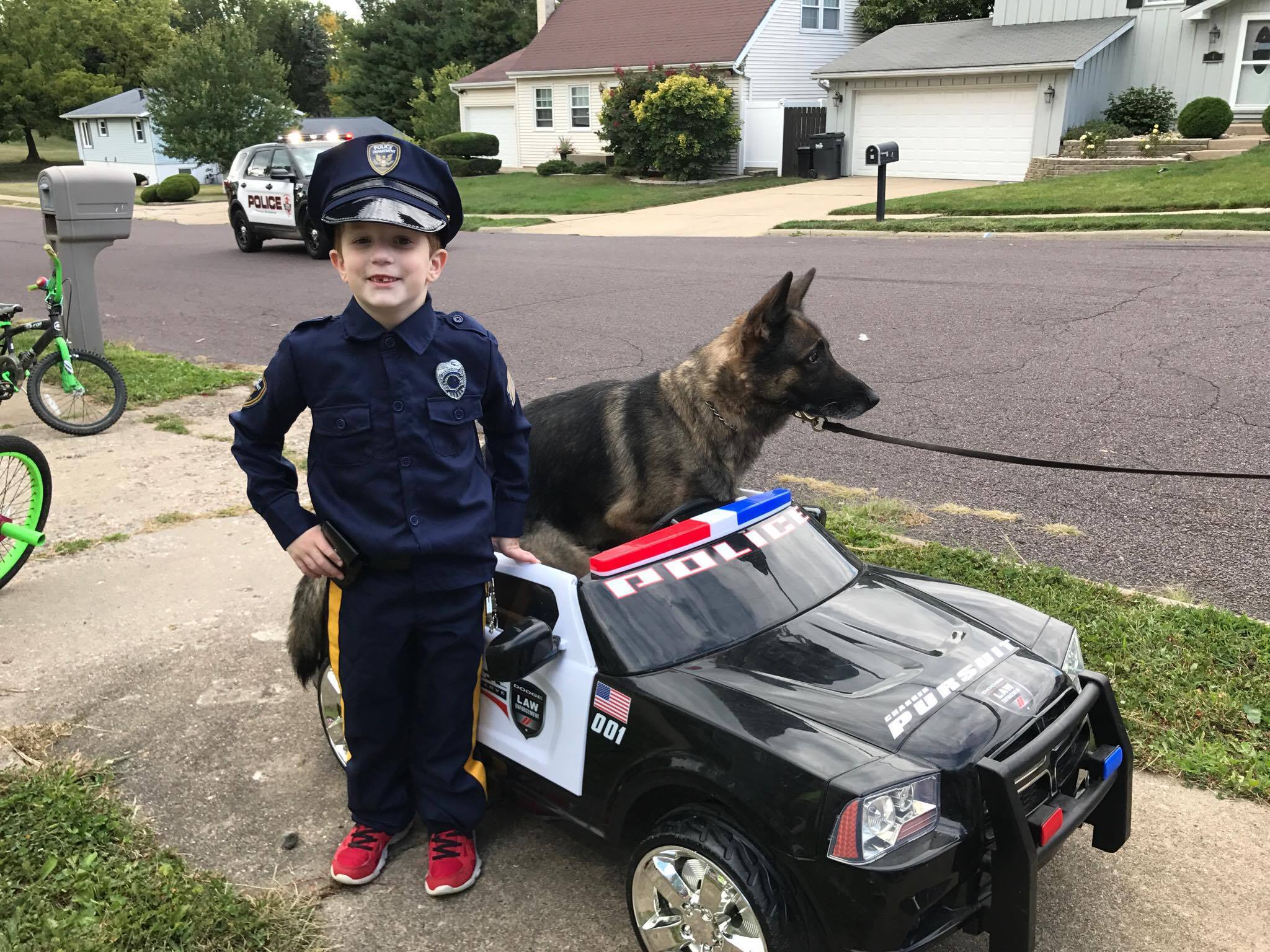 Pekin, Illinois is a city of nearly 35,000 people, located on the Illinois River in the Peoria metropolitan area. The city is the county seat of Tazewell County; a place where locals proudly call themselves Pekinites. It is also home to K9 Officer Ahen and the Pekin Police Department, grand prize winners of Aftermath’s 2017 K9 Grant Competition.

Last week, Chief John Dossey sat down for an interview with Aftermath. Accompanied by K9 Officer Ahen and Officer Ingles and Officer Jones, Chief Dossey spoke on the department’s successes, including the recent grant from Aftermath. “The community provides a family atmosphere where citizens connect with each other and with the police, which gives it a very hometown feel,” says Chief Dossey. “Pekinites are big into community events such as holiday parades and football games.”

What are the most difficult challenges faced by law enforcement in your area?

“Much like other cities in the midwest, drug addiction and department budgeting are our biggest challenges,” Chief Dossey related. “A year ago we started the Safe Passage program, which helps addicts begin recovery by offering them rehabilitation instead of arresting them. It’s been a success so far; over 20 citizens are receiving treatment now.”

Has your department had any experience with Aftermath Services? If so, can you tell us about it?

Said Dossey: “Prior to being Chief for the past two years at Pekin, I was at the Hanover Park Police Department. We referred families in need to you, and you also performed jail cell cleanings.”

Pekin placed second in last year’s K9 Grant competition. This year, roles were reversed and last year’s champs were in the number two slot while Pekin took the win. Tell us what that was like.

“Yes, we came in 2nd place last year. We were so close to winning, but we fell behind in the last week. So we stepped it up this year and started out strong with a plan. Our community is very connected through social media, so we shared our link everywhere and posted about it on Twitter and Facebook daily. Allisa Paldo from WMBD came out and did two interviews with the unit about it.”

Speaking of wins, what is Pekin PD’s biggest success?

The Chief claims the Department is most proud of their K9 Officer: “He’s found missing children and adults, drugs, and suspects. I wouldn’t say any one of those instances is our biggest success; it’s Ahen in general. People love him. He really brings the community together.”

Any fun stories about having a K9 unit?

Pekin loves any excuse to get together as a community, so the city’s turn out for this year’s National Night Out event in August was huge. “We had over 3,000 Pekinites show up,” said the Chief “It was an obvious draw for kids since everyone likes Ahen. There was one child who came dressed up as an officer with a battery powered cop car, and we had Ahen get in it for a photo op.”

According to the team, Ahen is also a die-hard Chicago Cubs fan. “We love dressing him up in Cubs gear,” Dossey laughed. Even without the K9 contest, Ahen is a regular on the department’s social media. 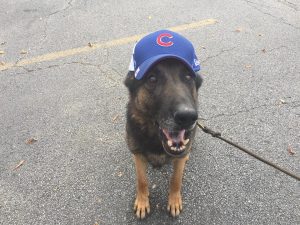 What will the Aftermath K9 Grant winnings be used for?

At this point, Chief Dossey says that they may start to look for another K9 to add to their team. “Ahen is older and could retire at any time. We have to get another K9 soon because we don’t want to push him if he starts to suffer any age-related stress. We want Ahen to be able to retire happy and healthy so he can enjoy eating cheese puffs on the couch.”

That sounds like the perfect retirement plan to us! What kind of dogs are you considering? Any leads on kennels or insider information you can share about your progress?

Dossey knows it will be hard to replace a personality like Ahen. “I’d prefer a Dutch Malinois because it is the perfect mix between a Dutch Shephard and a Belgian Malinois, but at this stage, we’re open to finding the perfect match. We just want the best working dog for our community.”

Next year, thousands of departments will compete for another chance at a K9 Grant. Now that you’ve won the top spot, any advice you care to share with newcomers to the competition, or with those looking to get a leg up?

“You have to get ahead of the game. Last year we had a late start, which hurt our numbers. This year, we sat down and developed a plan prior to the start of the competition. We were constantly engaging the community by posting daily to Facebook and Twitter, encouraging them to vote. We also partnered with local companies and build a good rapport with local media.”

Speaking of media, you can stay up-to-date with Ahen and the rest of the Pekin PD year-round on their Facebook or by following them on Twitter at @PekinPolice.

Aftermath Services LLC proudly recognizes the contributions made by K9 officers and their partners. In an effort to provide law enforcement with access to this valuable resource, Aftermath created the annual K9 grant to help offset the cost of creating or maintaining a K9 program. For more information on trauma cleaning services, or to learn more about the relationship between Aftermath and law enforcement, call 877-698-6169 or visit www.aftermath.com.